From Heraldry of the World
Your site history : Sankt Vith
Jump to navigation Jump to search 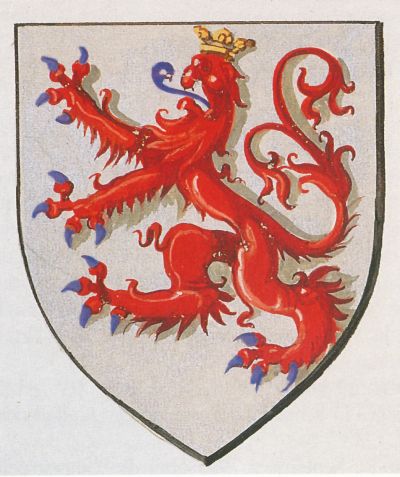 The arms show the lion of the family Fauquemont. The Lords of Fauquemont either descended from the Lords of Heinsberg, who used a silver lion on a red shield, or from the Dukes of Limburg, who used a red lion on a silver field. The oldest known use of the double-tailed lion dates from 1342 on a seal form Jean de Fauquemont. The Lords of Fauquemont were lords of Saint Vith already in the 12th century. Later the town was a possession of the Counts of Vianden and the Princes of Oranje-Nassau.