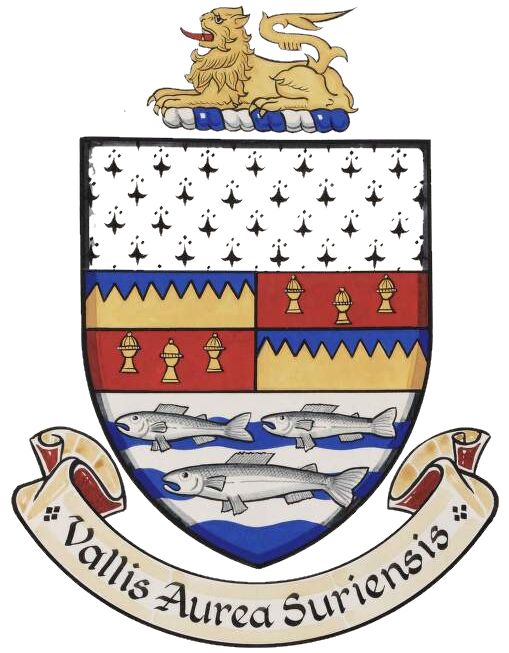 The arms are taken from the centre piece of the Chain of Office for the Chairman of Tipperary (South Riding) County Council.

It is based on the arms for County Tipperary and shows the arms of the Butler family, Earls of Ormonde. The crest depicts the lion over the doorway of Cormac's Chapel in Cashel. The base is taken from the Clonmel arms and represents the River Suir.