From Heraldry of the World
Your site history : Southern Railway
Jump to navigation Jump to search 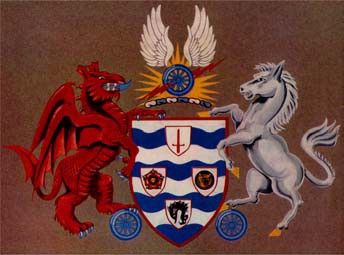 The company applied for a grant in 1938 but it was not granted until March 1946.

Supporters: Red dragon (London) and White Horse of Kent (resting a foot on another railway wheel).