From Heraldry of the World
Your site history : Staffordshire
Jump to navigation Jump to search 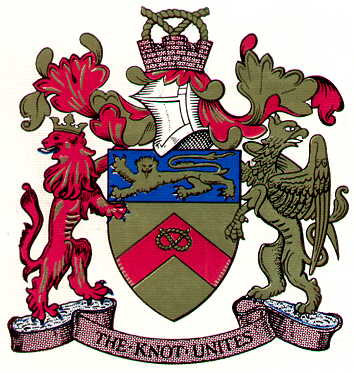 All the devices on the arms come from arms of various Earls of Stafford. The red chevron on gold was the arms of the de Staffords. It is charged with the family's famous Stafford knot badge (see Stafford). The supporters are those of the de Staffords also, with the heads turned "reguardant" for heraldic difference.

The motto is "The Knot Unites".