From Heraldry of the World
Your site history : Stalybridge
Jump to navigation Jump to search 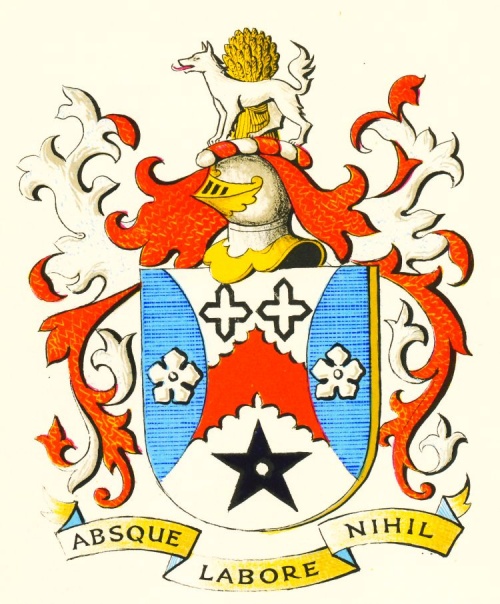 Arms : Argent a Chevron engrailed Gules between two Crosses pointed voided in chief Sable and a Mullet in base also Sable pierced of the field with two Flaunches Azure each charged with a Cinquefoil of the field.
Crest : On a Wreath of the Colours a Garb Or in front thereof a Wolf statant Argent.
Motto: 'ABSQUE LABORE NIHIL' - Nothing without labour

The red chevron on silver is from the arms of the Staveley family, who anciently held the manor and from whom the town derives its name. The pointed crosses are from the arms of the Dukinfield family and the spur-rowel from that of Assheton. Both these families held land in Stalybridge and in the eighteenth century the heiress of the Dukinfields married into the Astley family, from whose arms the cinquefoils are taken.

The wolf and wheatsheaf represent the Earldom of Chester.