From Heraldry of the World
Your site history : Stewartry
Jump to navigation Jump to search 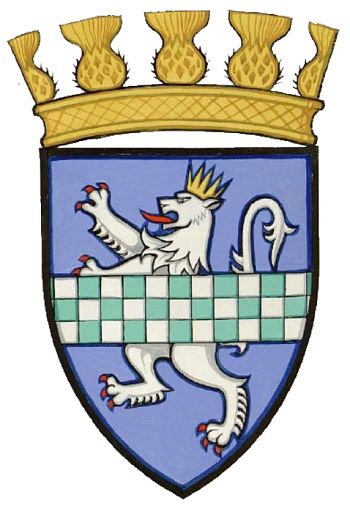 Azure, a lion rampant Argent, armed and langued Gules, crowned with an antique crown Or surmounted of a bar chequy Argent and Vert.

Above the Shield is placed a coronet appropriate to a statutory District, videlicet:-a circlet richly chased, from which are issuant eight thistle-heads (three and two halves visible) Or.

The arms were officially granted on April 2, 1975.

The arms are those of Kirkcudbrightshire with a crown of a district council.