The Ancient and Honorable Artillery Company of Massachusetts

From Heraldry of the World
Your site history : The Ancient and Honorable Artillery Company of Massachusetts
Jump to navigation Jump to search

THE ANCIENT AND HONORABLE ARTILLERY COMPANY OF MASSACHUSETTS 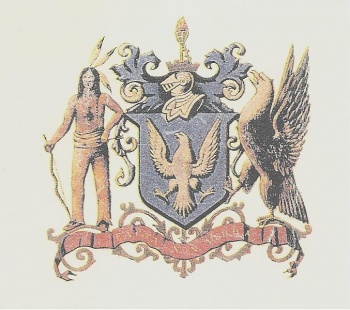 "The Ancient and Honorable Artillery Company of Massachusetts is the oldest chartered military organization in North America[1] and the third oldest chartered military organization in the world.[2] Its charter was granted in March 1638 by the Great and General Court of Massachusetts Bay and signed by Governor John Winthrop as a volunteer militia company to train officers enrolled in the local militia companies across Massachusetts. With the professionalization[3] of the US Military preceding World War I including the creation of the National Guard of the United States and the federalization of officer training, the Company's mission changed to a supportive role in preserving the historic and patriotic traditions of Boston, Massachusetts, and the Nation. Today the Company serves as Honor Guard to the Governor of Massachusetts who is also its Commander in Chief. The headquarters is located on the 4th floor of Faneuil Hall and consists of an armory, library, offices, quartermaster department, commissary, and military museum with free admission."