From Heraldry of the World
Your site history : Thomson Football Towns
Jump to navigation Jump to search

Thomson Football towns and their crests 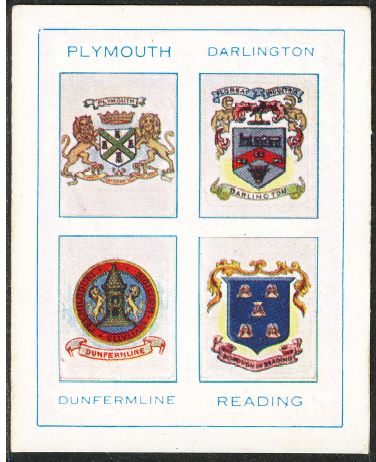 D.C. Thomson & Co, Ltd is a Scottish publisher, which in the 1930s acquired the journal The Skipper. Under this label a series of 32 cards was issued, with on the front on each card 4 town arms. Only towns with a major football club were shown, hence the title Football towns and their crests. On the back the name and colour of the clubs were presented.

The same company also issued a few albums under the name Rover. In one of these albums 60 small town arms were publised as part of the 104 images in the album. These were very small images, 18x18 mm each, in a similar style as the football town arms. They are, however, of other towns. An example of a page is shown below. 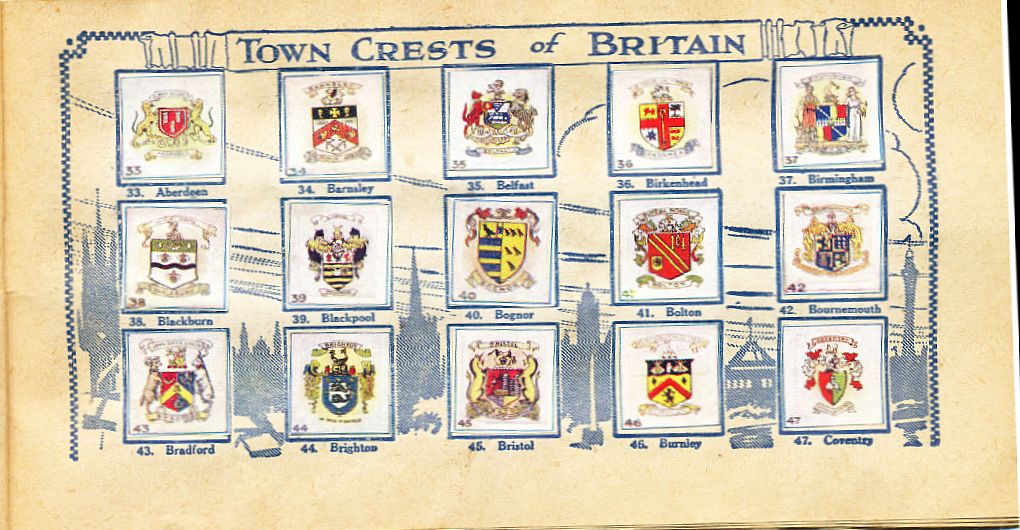 More on the history of the company, see here