From Heraldry of the World
Your site history : Trazegnies
Jump to navigation Jump to search 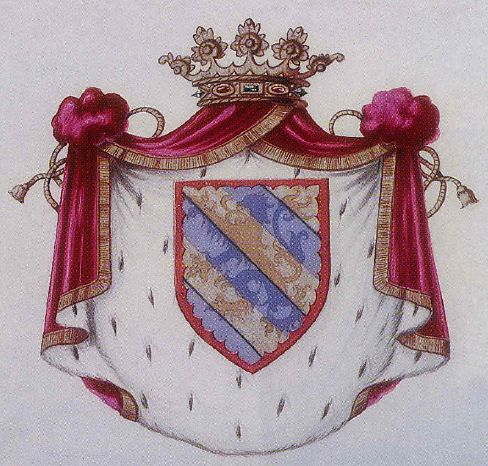 The arms are derived from the arms of the medieval Lords of Trazegnies. The family ruled the estates of Silly and Trazegnies in the 13th century and was promoted to the rank of Marquise in 1614.

The arms of the family are known in colour since the 17th century and the local council applied in 1818 for the right to use the arms as municipal arms. The (Dutch) government granted the arms in 1822, but the colours were not correct; with green and black bends instead of gold and blue. Why the colours were changed is no longer known. In 1922 the historical colours were restored and the mantle and crown were added.