From Heraldry of the World
Your site history : Uitenhage
Jump to navigation Jump to search 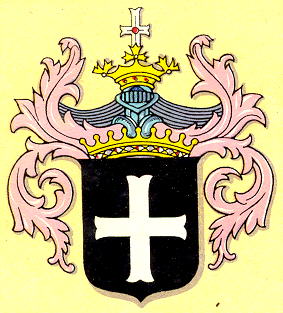 Jacob Uitenhage de Mist was the Batavian Republic's Commissioner-General at the Cape 1803-05, and it was he who introduced municipal heraldry in 1804. One of the local authorities to which he assigned a seal was the town of Uitenhage, which he founded. The seal was the same pattern as the other municipal seals (see Cape Town and Swellendam): a golden background representing prosperity, a black anchor representing the Cape of Good Hope, and the shield of the founder of the town.