From Heraldry of the World
Your site history : Unknown (German)
Jump to navigation Jump to search

Coats of arms of cities in Europe 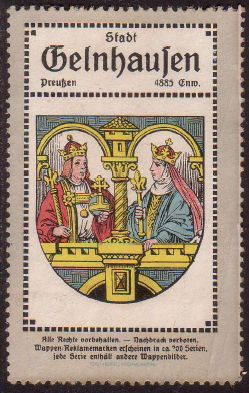 This is a large series of town arms, issued in Germany around 1900-1910 based on the number of inhabitants mentioned on the stamps. There is no information on the publisher or company which issued these stamps.

The number of images is unknown, but the stamps state that more as 200 series have been issued. As there is no information on how many stamps per series were issued, the total number is unknown. Also, often the number stated in these series was the number planned, not already issued...