From Heraldry of the World
Your site history : Vejen
Jump to navigation Jump to search 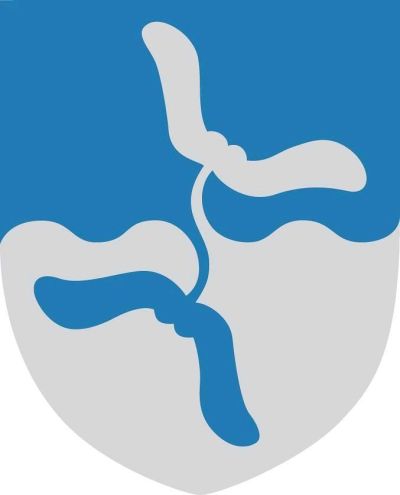 Vejen has had 4 arms the last century.

The current arms were adopted after the mergers in 2007.

I have no information on the meaning of these arms.

The first arms were officially granted in 1932.

The arms show a troll, based on a statue in the town made by Niels Hansen Jacobsen, a well-known Danish sculptor. The statue was erected in 1922 and in the same year the municipality adopted the troll in silver on a red field. 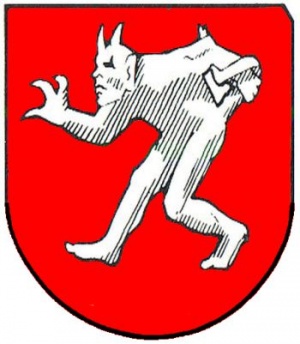 In 1932 the arms were changed; the troll was placed in the upper half of the shield, in the lower half symbols for agriculture and industry (ears and a wheel) were placed. 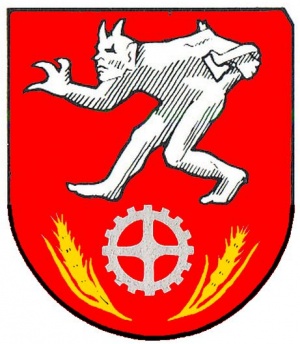 These arms were used until 1977, when the arms below were granted. The new division of the shield is based on the division between East- and West Jylland as the municipality is in the middle of Jylland. The horizontal division symbolises the old trading route, which crosses the Highway 1 in Vejen. 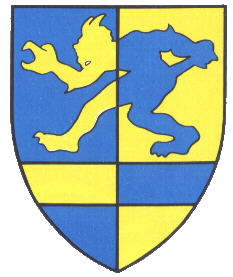