From Heraldry of the World
Your site history : Vika
Jump to navigation Jump to search 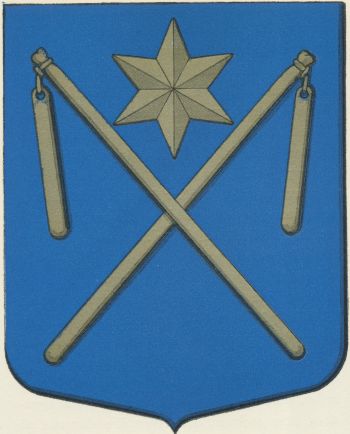 The Star is from the Arms of Markvard Olofsson, who was active in the Area during the later part of the 15th Century, and supported the building of the Parish Church.
His Greatgreatgrandson was Georg Stiernheilm (1598-1672), "Father of the Swedish Poetry", who upon enoblement took the Star in his Arms. The threshers symbolises Gustaf Eriksson (Vasa) and his flight through the Province in 1520. During which in disguish stayed at the Rankhyttan Farm where his threshed in the Barn.