From Heraldry of the World
Your site history : Wesenberg (German guilds)
Jump to navigation Jump to search 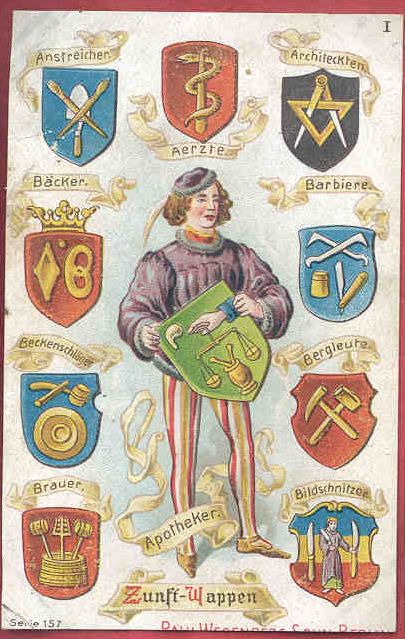 Paul Wesenberg & Sohn was a cocoa and chocolate manufacturer in Berlin, Germany. I have no further information on this company.

The company issued a number of series known as Kaufmannsbilder. These series were issued by a large number of smaller companies all over Germany. One of these series, nr 157, showed six Zunftwappen (arms of guilds). This series was, for example, also issued by Aecht Franck.