From Heraldry of the World
Your site history : Westhill Golf Club
Jump to navigation Jump to search 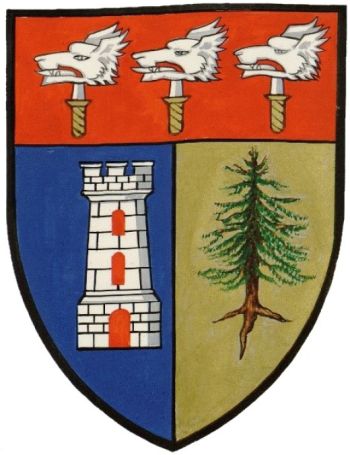 The club is situated on the lands of the ancient Barony of Skene. This is referred to by the three "skeins" {as in "skein dhu") with wolves' heads on the chief, part of the arms of Skene of Skene.

The triple- towered tower refers to Aberdeen and the eradicated larch tree to the Westhill Wood, part of the golf course.