From Heraldry of the World
Your site history : Worshipful Company of Barbers
Jump to navigation Jump to search 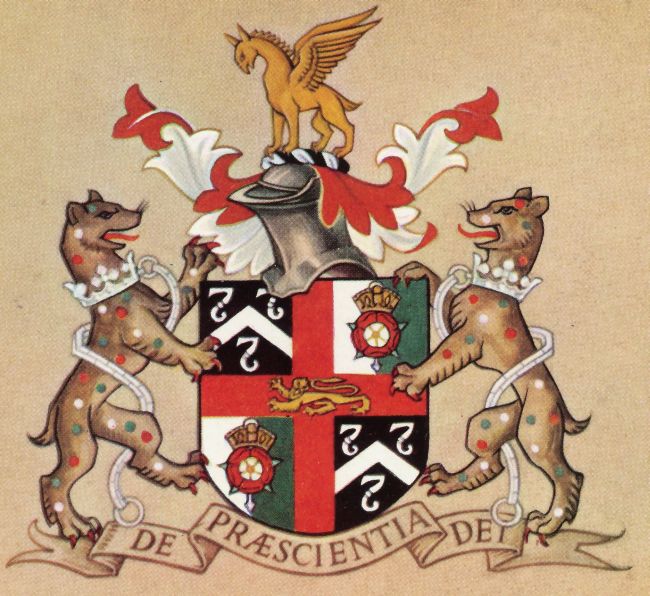 Arms : Quarterly, first and fourth, Sable, a chevron between three fleams argent, second and third, Per pale of the second and vert, on a spatter also argent a Tudor rose proper crowned Or; on a cross dividing the quar­ters gules a lion passant guardant gold.
Crest: On a wreath argent and sable, An opinicus statant Or. Mantled gules, doubled argent.
Supporters: On either side a lynx proper [semee of hurts, torteaux, pomeis, bezants and plates] ducally gorged and chained argent.
Motto: De praescientia Dei.

If this text appears, it means that I have not yet had the time to add the information on these arms. Just Company of Barbers mail me and I will add all information that I have !