From Heraldry of the World
Your site history : Special Troops Battalion, US Army Pacific, US Army
Jump to navigation Jump to search 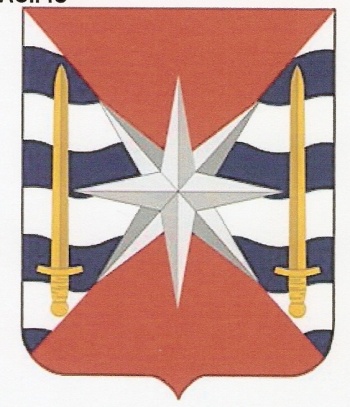 Shield: Per saltire Gules and barry wavy of eight Azure and Argent, a polestar of the second flanked by two swords erect Or.
Crest: None
Motto: Pacific Warriors

The Saltire implies the steady support of the U.S. Army Pacific. The Wavy blue and white bars symbolise water and allude to the area of operation the Pacific. The Polestar denotes the ffulle spectrum of operation fo the Special Troops Battalion. The Sword symbolises the Unit's military readiness and mission to provide training and logistical and administrative support. The Coat of Arms was approved 14 May 2007

Literature:The Institute of Heraldry, US Army.