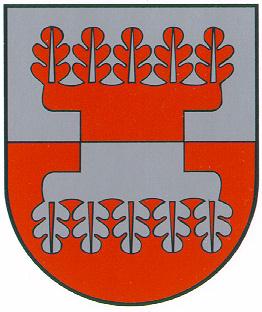 Even though Šilalė was founded in the 16th century, it never had its own seal or arms until 1968. The arms showed two stylised oak trees, symbolising the forests surrounding the town. It is also a symbol for fortitude and a symbol for struggle for freedom. The arms were banned in 1970.

The arms were redesigned and officially granted on April 19, 1992.