From Heraldry of the World
Your site history : 16th Cavalry Regiment, US Army
Jump to navigation Jump to search 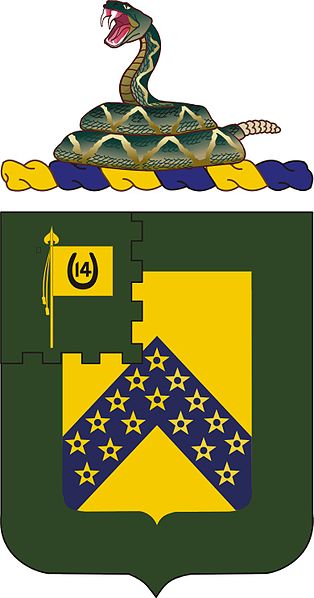 Shield : Or and brodure vert, on a chevron azure 16 mullets pierced of the field on a canton embattled (for the 6th Cavalry) a staff erect attached
thereto a standard flotant or charged with a horseshoe heels upward encircling the Arabic numeral "14" sable (for the 14th Cavalry).
Crest : On a wreath of the colors a rattlesnake coiled to strike proper.
Motto : Strike hard