From Heraldry of the World
Your site history : 41st Infantry Regiment, US Army
Jump to navigation Jump to search 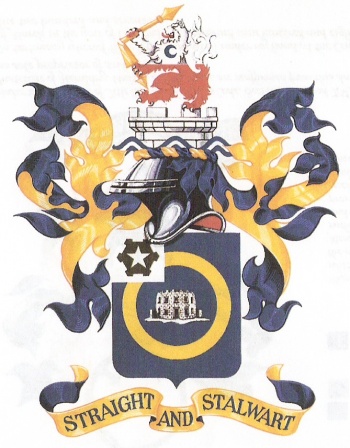 Shield: Azure within an annulet or a martello tower argent masoned sable; on a canton of the third a six-bastioned fort vert charged with a mullet of the third.
Crest: On a wreath or and azure issuing from three waves barry wavy of three of the last and argent a tower with four battlements of the like masoned sable surmounted by alion rampant party per fess of the third and gules armed and langued counterchanged charged on the shouledr with a decrescent of the second grasping and breaking a tilting spear of the first.
Motto: Straight and Stalwart