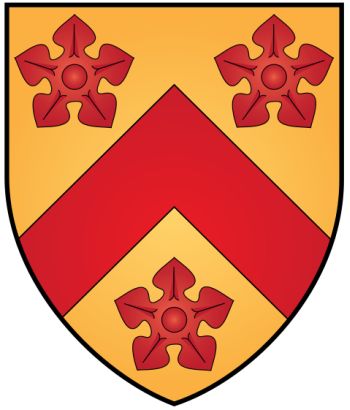 Or, a chevron between three cinquefoils gules.

All Souls. Archbishop Chichele founded this college in 1437, six years before his death. The College uses the founder's arms. The College, which Chichele opened in the year of his death, was for a Warden and forty fellows, and, as they were enjoined to give themselves to prayer as well as learning, the College was called All Souls.