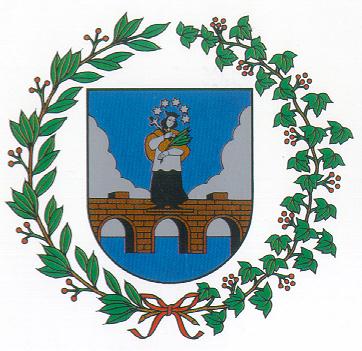 Anykšciai received city rights and arms on January 17, 1792. The arms showed St. John of Nepomuk standing on the bridge across the Šventoji river. St. John Nepomuk was protector of bridges and the bridge over the river had just been built, marking the town's autonomy. The arms were abolished in 1793.

In 1970 the arms were first recreated, showing the bridge with a young lady holding a water lily and a book. St. John was banned for ideological reasons at the time. These arms were also banned shortly afterwards.

The present arms are based on the original privileges from 1792 and were officially granted on November 4, 1992.