From Heraldry of the World
Your site history : Ardingly College
Jump to navigation Jump to search 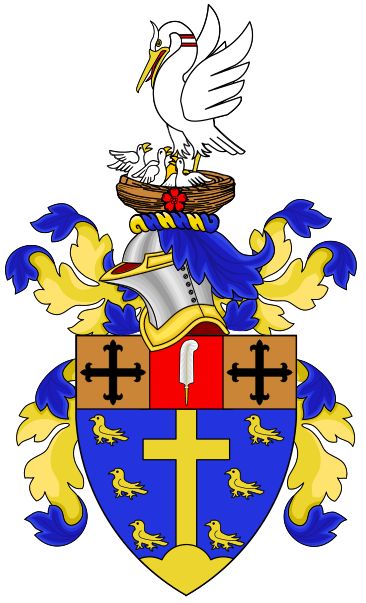 Arms: Azure, on a triple mount in base a Passion cross between six martlets Or; on a chief of the last, between two crosses botonnee sable, a pale engrailed gules charged with an ostrich feather erect argent.
Crest: On a wreath of the colours, A pelican in her piety proper, beaked and legged Or, gorged with a collar gemel gules, the nest gold charged with a cross botonnee also gules.
Motto: Beati mundo corde

The arms were officially granted in 1942.