From Heraldry of the World
Your site history : Aylmer
Jump to navigation Jump to search 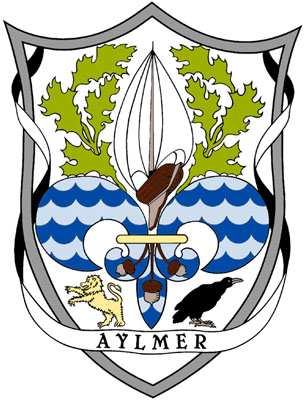 The current "coat of arms" of the City of Aylmer is the result of the combination of the former coats of arms on the three municipalities of Aylmer, Lucerne and Deschênes which merged to form the city of Aylmer.

To the oak branches and acorns which represent Deschênes, to the lion which symbolises Lucerne Aylmer coat of arms, were added a sailboat, the waves of Lake Deschênes and the fleurdelisé of the province of Québec.