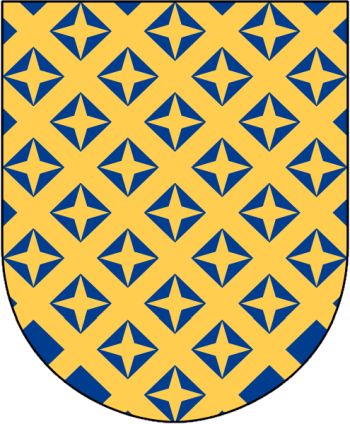 The arms are based on a 14th century seal of the Sunded (Sundhede) province, to which the area belonged at the time. The meaning is not known. The colours are taken from a banner from a local army regiment from 1675.