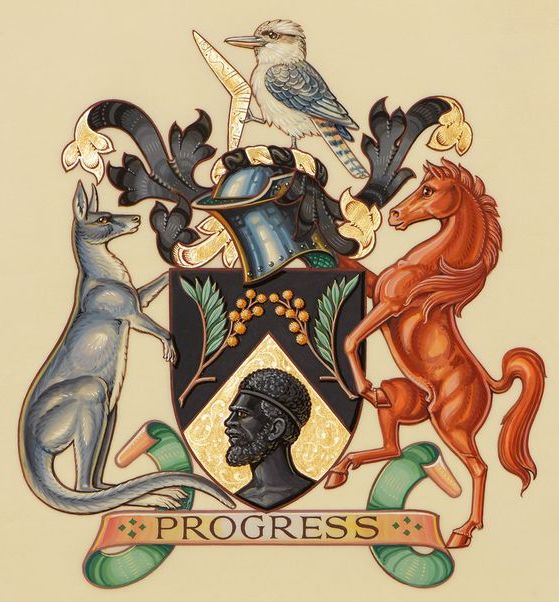 The Blacktown City Council " Coat of Arms " embraces an Aboriginal head, wattle & boomerang. The shield is supported by a horse and kangaroo and is finished with a kookaburra at the top flanked by a boomerang.

Obviously, most of the symbols are representative of Australian Native Flora & Fauna and, before colonisation would have been abundant in the Blacktown Area. The Aboriginal head depicts the human population of the area pre - colonisation therefore the boomerang is self explanatory. The horse, more accurately, bush brumby, relates to the years 1810 - 1850 where the breeding of horses was the single most prolific industry in the Blacktown Area.

Literature : Based on the webside of the council.