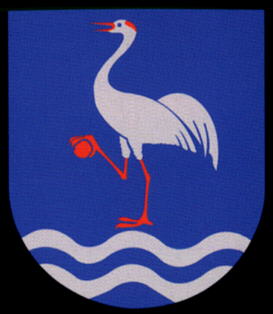 The arms were officially granted in 1976 and combine the old arms (see below) with two wavy bars symbolising the Ljusnan and Voxnan rivers. 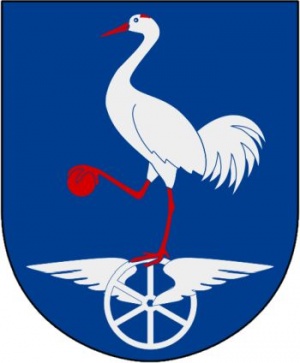 The crane with a stone, indicating vigilance, was taken from the seal of the Bollnäs parish. The winged wheel is a symbol of railways and indicates the importance of the town as a railway junction.