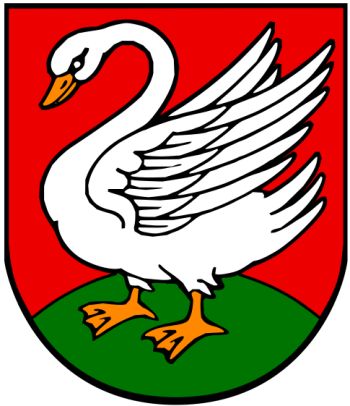 The swan is taken from the arms of the Dunin-Borkowskich family, as the village was a possession of the family from the 14th until the 17th century.

To distinguish the arms from the family arms, the swan was placed on a small hill.