Difference between revisions of "Canterbury"

From Heraldry of the World
Your site history : Canterbury
Jump to navigation Jump to search 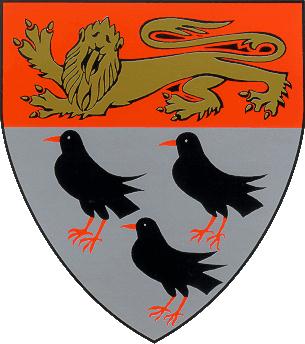 Argent three Cornish Choughs proper two and one on a Chief Gules a Lion passant guardant Or.

Although first registered at the College of Heralds in 1619, Canterbury's coat of arms is medieval in origin and appeared on official documents as long ago as 1380.

Canterbury's links with Royalty - it has been a royal city since at least the 6th century - are denoted by the heraldic leopard, whilst the three black choughs are taken from the arms ascribed to Thomas Becket.