From Heraldry of the World
Your site history : Diocese of Birmingham
Jump to navigation Jump to search 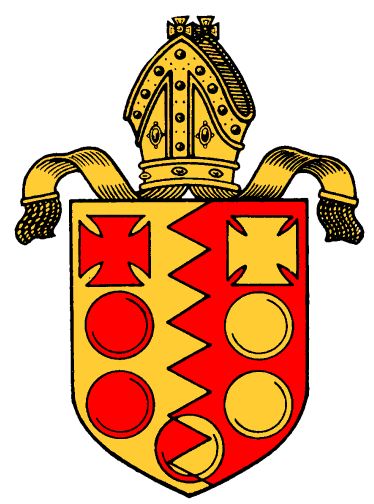 Per pale indented Or and gules, five roundels, two, two and one, and in chief two crosses patee, all counterchanged.

The arms were officially granted on March 8, 1906.

The arms are based on the coat of the family of de Bermingham, who held the manor of Birmingham in the thirteenth century. Upon these arms are placed the five roundels derived from the torteaux of the Diocese of Worcester, which provided both territory and the Bishop on the erection of the See, and also two crosses from the arms of the Diocese of Lichfield. The arms thus express the formation of the diocese of Birmingham from parts of those of Worcester and Lichfield.