From Heraldry of the World
Your site history : Diocese of Lincoln (USA)
Jump to navigation Jump to search 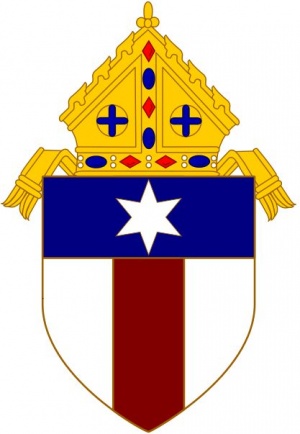 The whole shield is a variation on the coat of arms of the USA that was preserved by Abraham Lincoln, for whom the See city is named. In 1867 Nebraska became a state and the town ´Lancaster´ was chosen as her capital, but changed her name to ´Lincoln, to honor President Lincoln. The six-pointed star on blue honors the Blessed Virgin Mary, patroness of the Diocese.