From Heraldry of the World
Your site history : Special:RecentChanges > Diocese of Yakima
Jump to navigation Jump to search 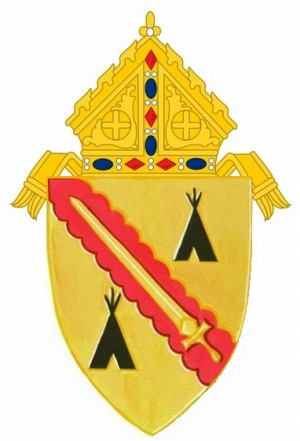 The invected bend is used to signify the Columbia River that traverses that area that is now the Diocese of Yakima. On either side of this river are Native American tepees to honor the peoples that inhabited this region and whose languages gave rise to such things as the name of the See city of Yakima, which came from the Spokane Indian word, “Neeneeyakema” which was their word for neutrality, “we meet and part.” On the bend is the two-edged sword representing St. Paul, preacher of The Word and Apostle, titular of the Cathedral Church in Yakima.