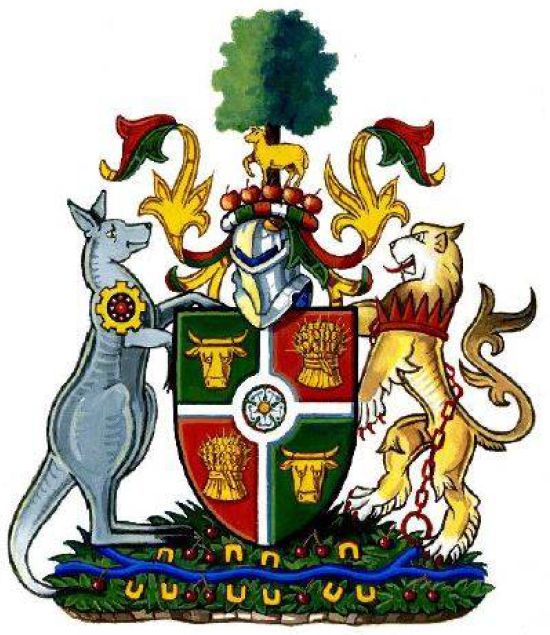 The lion represents the Duke of Wellington, while the kangaroo was used because they're common to the local government area. The ironbark tree symbolises strength. The sheep and bulls are reflective of agriculture.

Important people are also incorporated into the design. Jean-Emile Serisier, who built the first store in Dubbo, is represented by the cherries at the bottom of the design. Cerisier is French for cherry tree. The apples are for Robert Dulhunty, who first settled the district, because he was famous for his apple pie.

The U symbols at the bottom represent a Wiradjuri gathering. The sun on the kangaroo's neck is also a Wiradjuri symbol. The Macquarie River is also featured, splitting into the Bell and Talbragar.