From Heraldry of the World
Your site history : Eastern Regional Health Authority
Jump to navigation Jump to search 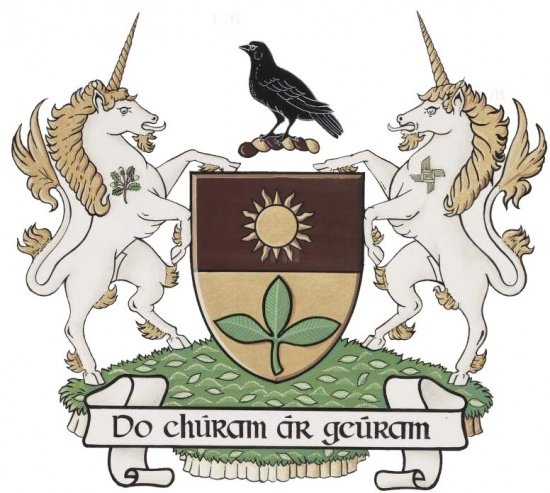 Per fess sanguine and or, in chief a sun in his splendour of the second and in base a sprig of medick vert, and upon a helmet mantled sanguine doubled or, the crest: a raven proper, and the supporters: Upon a grassy mound strewn with medick leaves vert two unicorns argent, armed, maned and tufted or, the dexter charged upon the shoulder with a sprig of oak proper and the sinister similarly charged upon the shoulder with a cross of St. Bridget also proper, with the Motto: Do chúram úr gcúralm.

The arms were officially granted on March 1, 2000.

If you have any information on these arms Regional Health Authority mail us !