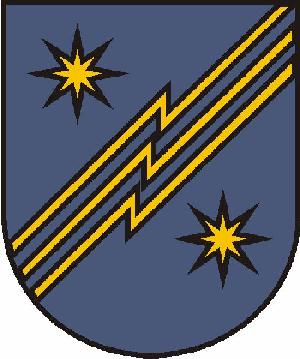 Three zigzags on the arms symbolise the electricity of the Elektrėnai power plant. The city was founded specially for this power plant, and even its name was made from the word "elektra" ("electricity"). The building of the city started in 1961 on the place known as small village Lekaviciai. The city got the name Elektrėnai on April 19, 1962.