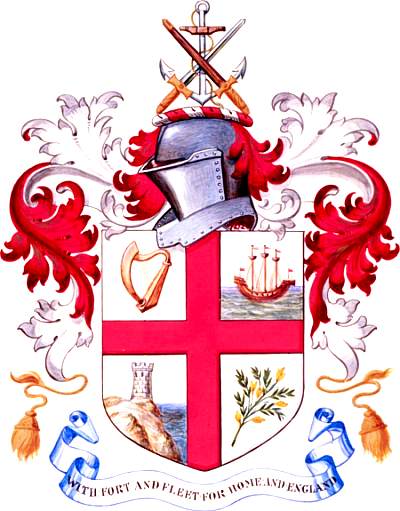 Arms : Argent a Cross Gules in the first quarter an Ancient Harp in the second on Waves of the Sea an Ancient Ship in the third issuing out of Waves of the Sea a Rock thereon a Fort and in the fourth quarter a Sprig of Broom all proper.
Crest : On a Wreath of the Colours in front of a Foul Anchor erect two Swords in saltire point upwards that pointing to the dexter sheathed all proper.
Motto: 'WITH FORT AND FLEET FOR HOME AND ENGLAND'