From Heraldry of the World
Your site history : Golub
Jump to navigation Jump to search 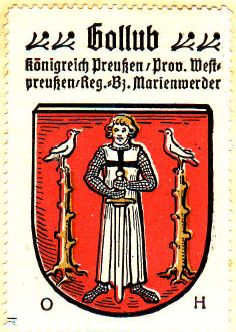 In the late 19th century Hupp showed the arms with the female figure (below left), but in 1917 he showed the image based on the oldest seal.