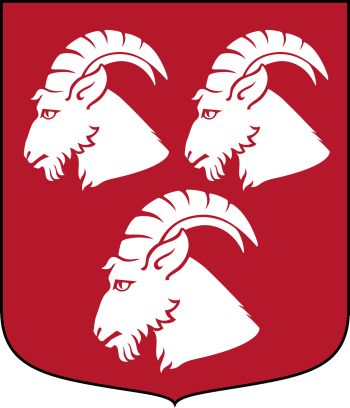 The arms are based on the seal of the city from 1580. The goat heads are probably derived from the arms of Hälsingland. In 1930 the arms were shown with blue horns, but in historical sources the horns were silver. This was corrected in 2006.

It is interesting that in time the heads have been both facing left as well as right, see images below.