From Heraldry of the World
Your site history : Kall (Jämtland)
Jump to navigation Jump to search 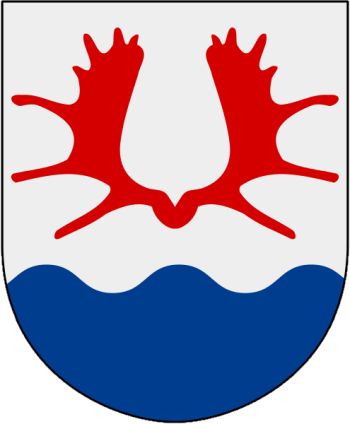 The arms show an elk-antler, as elk are common in the region. Also, in stone age images found in the region elk antlers were already shown, making them a symbol of the long inhabitation of the area. The wavy division line symbolises the many lakes in the municipality.