From Heraldry of the World
Your site history : Licensed Vintners Association
Jump to navigation Jump to search 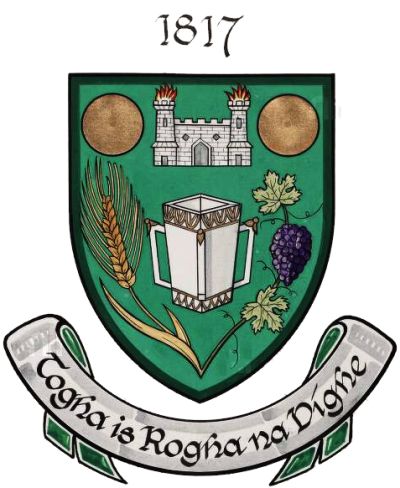 Vert an ancient Irish drinking cup argent garnished or between in the dexter an ear of barley and in the sinister a vine branch fructed conjoined in base all proper, in chief between two bezants a castle of the second flammant also proper. Motto : Togha is nogha na dighe.

The arms were officially granted on September 6, 1985.

If you have any information on these arms Vintners Association mail us !