From Heraldry of the World
Your site history : London County Council
Jump to navigation Jump to search 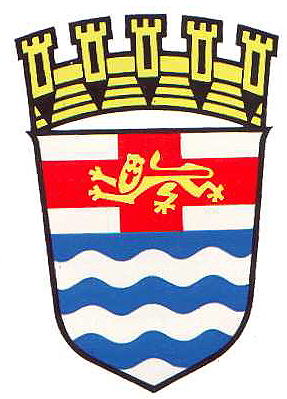 Arms : Barry wavy of six pieces blue and silver, a silver chief and theron the red cross of St. George charged with a gold lion of England
Crest : A gold mural crown.

The waver represent the Thames. The cross of St. George is taken from the arms of the city of London. The royal lion is taken as a symbol of the capital of England and the Imperial Government at the time.