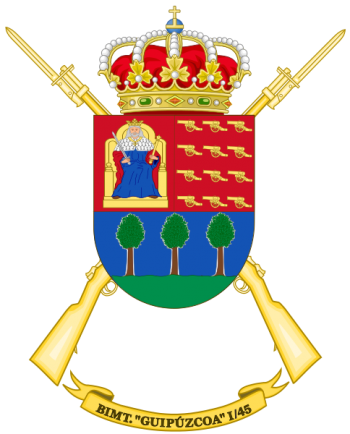 The Shield bears the Arms of the Province of Savoie (France) and Savoia (Italy), whose name in Spanish is Saboya. The Regiment hade its origins as Tercio de Saboya raised in 1537.