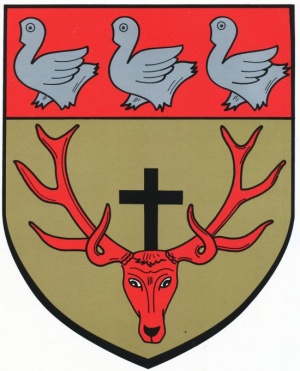 The arms were officially granted on November 25, 1983.

The municipality was created in the early 19th century and did not have its own arms until 1983.

The golden shield with the red chief and the three merles is the arms of the Lords of Clervaux, as the area was part of the Clervaux estate until the end of the 18th century.

The deer head with a cross, is the symbol of Saint Hubert(us), the local patron saint.