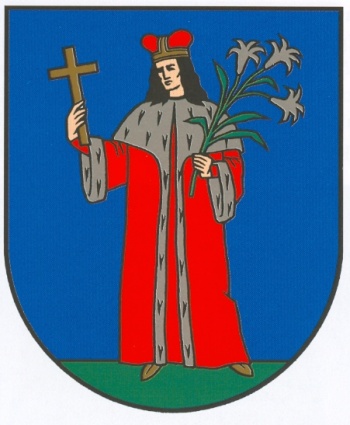 The arms show St. Casimir, the holy Patron of Lithuania, which should protect the town from disasters threatening the whole nation. The rights and arms were abolished after a few months, though local people argued with the Russian authorities about the restoration till mid 19th century.