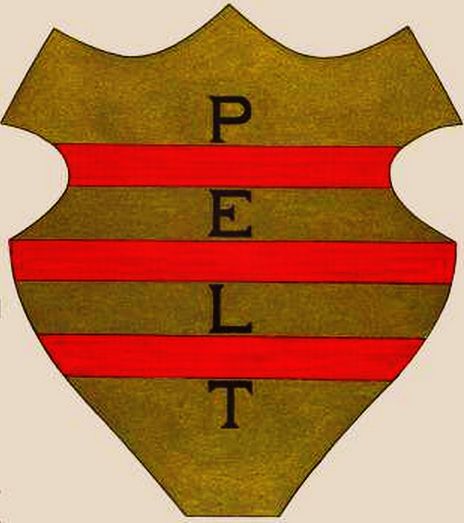 The arms were officially granted on February 2, 1982.

The arms are based on the seal of the local council from the 16th century. The oldest seal, known from 1489 and shows the arms of the Loon county (barry of ten pieces gold and red), to which the villag ebelonged. On the next seal, from 1588, the number of red bars has been rduces to three, and the letters PELT appear. Later seals, from the 17th and 18th century, show four red bars and no letters. To distinguish the arms from othe rarms with bars, the municipality decided to use the 1588 arms.