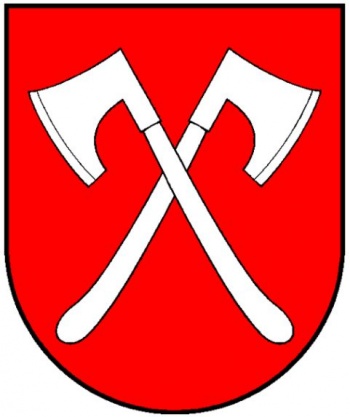 The arms were officially granted on December 22, 2008.

The crossed battle axes symbolize the Pabaiskas battle in 1435, from which the name of the town originates (from Polish “pobojowisko”, meaning “battle”). The town was established around a church built in 1436 on the battlefield by the winner, Grand Duke Zygimantas Kestutaitis.