From Heraldry of the World
Your site history : Portugal
Jump to navigation Jump to search 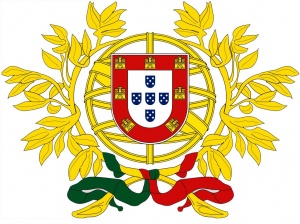 The districts have no separate arms, but use the arms of the capital city. The two autonomous regions have their own arms:

Coats of arms of Municipalities and Freguesias

Other heraldic material from Portugal