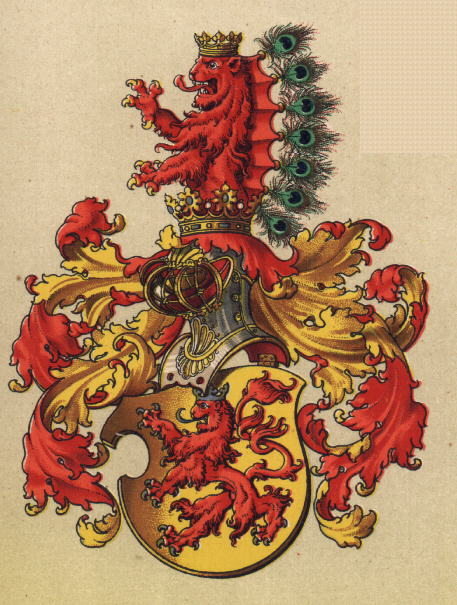 The County (later Principality) of Habsburg never formed part of Austria-Hungary, but was part of The Holy Roman Empire and is now in Switzerland. The Dukes of Austria, later emperors of Austria-Hungary, however, were from the Habsburg dynasty. Habsburg was first mentioned in 1020 as a castle. The Habsburg family rapidly became one of the most powerful families in Europe, after acquiring Austria and later also Bohemia and Hungary.The first use of a lion as the arms of Habsburg dates from 1186. Ever since the lion has been the arms of the County and the family.