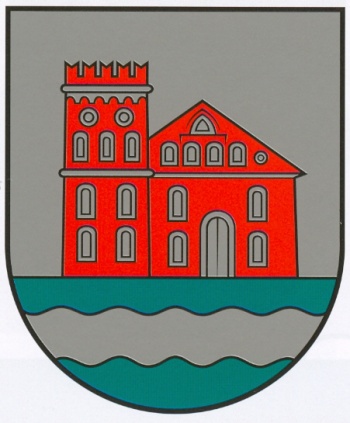 The arms were officially granted on February 22, 2007.

The wavy bar refers to both the Nemunas and Nevezis rivers, at which confluence the town is located. The palace shows the front of the Raudondvaris palace (before the last restoration, which removed the neo-gothic elements and rebuilt the original Renaissance view). Red is both the real colour of the palace and is canting: "Raudondvaris" means "Red Manor" in Lithuanian.