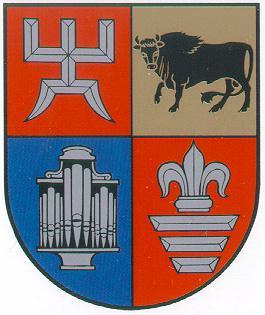 Rokiškis was first mentioned in 1499 and received city rights in 1920.

The present arms were officially granted on September 15, 1993 and show the three historical quarters, but in the third quarter an organ replaced the anvil and star, symbol of the old musical traditions in the city.